When desperately rummaging through the pharmaceutical cupboard for a painkiller, your blood sugar levels might be the last thing on your mind. At such a time, all you’re concerned about is doing away with the inherent agony as soon as possible.

However, for people with diabetes, there’s a constant need to keep their blood sugar levels in check. Since nearly half (47%) of all diabetic adults have arthritis, and with 61% of arthritic patients at a heightened risk of developing diabetes, there’s constant debate on the safety of painkillers like Advil in their condition.

This article aims to resolve this confusion drawing from available scientific evidence on Advil and diabetes.

What You Need to Know About Advil

Advil is a brand of the non-steroidal anti-inflammatory drug (NSAID), ibuprofen. It is commonly used to treat mild to moderate pain, such as rheumatic and muscular pain, backaches, headaches, toothaches, dysmenorrhoea, fever, common cold, and flu symptoms.

It works by preventing the synthesis of certain natural compounds—prostaglandins—that induce inflammation in the body. It does this by the non-selective inhibition of the cyclooxygenase (COX) enzyme, reducing edema, discomfort, and fever. To avoid damage to the stomach/intestines, adults should stick to a maximum single dosage of 800 mg and 3,200 mg maximum daily dosage.

Is the Use of Advil in Diabetes Safe?

There are several side effects associated with Advil, with the majority caused by an abuse, overdose, or extensive use. That is to say, the majority of these ill effects can be avoided when used in the recommended dose. This section highlights the most prominent ones.

You increase your risk of heart attacks and strokes if you overdose on or abuse Advil. You're also at a more significant risk of stomach bleeding and ulcer if you're on medications that alter the way your blood clots (e.g., warfarin, aspirin, heparin, clopidogrel, etc.). Since diabetics are more at risk of cardiovascular disorders and have a slower wound healing process, the use of Advil in this population should be monitored and only based on a doctor’s prescription.

Prostaglandins, produced in the kidneys, stimulate renin synthesis, an important enzyme that mediates the renin-angiotensin-aldosterone system (RAAS), essential for blood pressure regulation and fluid balance. Since Advil inhibits the production of prostaglandins, its use can cause fluid and blood pressure imbalance, especially when taken in excess.

Diabetes on its own can impact your kidney, so it’s essential not to take any drug that can worsen that. In a 2014 retrospective cohort study, type 2 diabetes patients that took NSAIDs for a minimum of three months had an increased risk of chronic kidney disease than those who didn't take any NSAIDs. Hence, the use of NSAIDs like Advil in diabetes patients should be strictly based on clinical risks and benefits evaluation.

When taken in large doses, NSAIDs like Advil may have a hypoglycemic impact. Scientific reports link the use of ibuprofen to hypoglycemia in patients using diabetes medications like sulfonylureas. While this isn't usually a problem, if you're predisposed to hypoglycemia, you should talk to your doctor about when and how much Advil to take.

Further Research On Advil and Diabetes

In one study, researchers looked at the effects of regular NSAIDs dosage on glucose homeostasis in persons with diabetes. Glucose homeostasis was negligible on the administration of 300 mg of ibuprofen thrice daily, compared to use of 600 mg thrice daily. Pulling insights from these findings, the research concludes that conventional doses of NSAIDs should not be used to treat hyperglycemia. However, they can be combined with oral hypoglycemic medications in diabetic patients for other purposes.

Is It Safe to Take Advil if You Have Diabetes?

As a person with diabetes, your kidney health comes first when determining which NSAID painkiller to take. If you have a kidney illness, your doctor will probably advise you to avoid using ibuprofen, regardless of the type of diabetes you have.

Additionally, while many drugs with potential anti-inflammatory characteristics like Advil may reduce the risk of developing diabetes, it is difficult to conclude whether they prevent diabetes due to their other pronounced effects. Experts recommend sticking to non-NSAID painkiller medications like acetaminophen if you have chronic kidney disease. Although research links the use of acetaminophen in diabetes patients to increased stroke risk, it proves to be relatively safe when taken in recommended doses.

If you’re still confused about which painkiller medications to opt for, you can consult your health practitioner for better advice.

On the one hand, Advil is a relatively safe and convenient over-the-counter (OTC) treatment for minor aches and pains. On the other hand, it can be dangerous if not used as directed, especially in diabetes patients.

If you're not sure if you should take Advil, it's usually a good idea to consult your doctor first. Also, see your doctor straight away if you're having bothersome side effects or think you've taken too much. 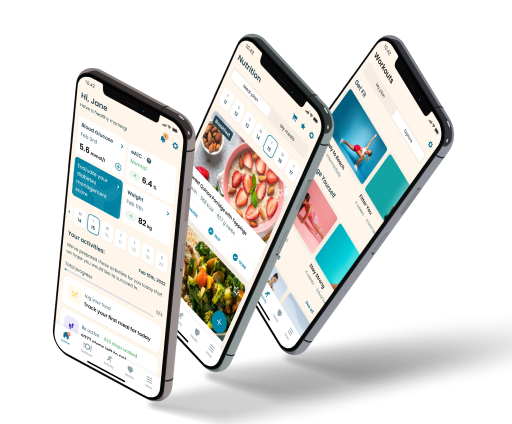 Mucinex and Diabetes: How Does This Drug Affect Diabetes?